While non-compete agreements by their very nature restrain trade, they are permitted to “protect the business and good will of the employer.” Hansen v. Edwards, 83 Nev. 189, 191, 426 P.2d 792, 793 (1967). However, a “restraint of trade is unreasonable, in the absence of statutory authorization or dominant social or economic justification, if it is greater than is required for the protection of the person for whose benefit the restraint is imposed or imposes undue hardship upon the person restricted.” Id. at 191–92, 426 P.2d at 793. In analyzing the reasonableness of non-compete agreements, the Supreme Court of Nevada has focused on three types of restrictions: (1) time; (2) geographic; and (3) future work. See, e.g., Ellis v. McDaniel, 95 Nev. 455, 596 P.2d 222 (1979).

The district court found the non-compete agreement to be unreasonable as the 150-mile restriction was deemed unnecessary to protect the Atlantis’ interests and the employment restriction was so broad that the employee could not even work as a custodian in any casino within the restricted area.

The Court, in affirming the district court, rejected Atlantis’ argument that, instead of outright voiding the non-compete agreement, the overbroad provisions should be judicially modified. The Court noted that Nevada law holds that an “unreasonable provision renders the non-compete agreement wholly unenforceable[,]” and explained that the Court has “long refrained from reforming or ‘blue penciling’ private parties’ contracts.” Golden Road, 376 P.3d at 156. The majority gave three policy reasons against modifying or blue penciling non-compete agreements: (1) to avoid trampling the parties’ contractual intent; (2) to preserve judicial resources (by not turning the court into attorneys after the fact); and (3) to disincentivize employers from intentionally drafting unreasonable agreements. See id. at 157-59.

Despite these policy justifications, Golden Road leaves current employers in a precarious position. As to new employees, going forward their non-compete agreements better be perfect. As to current and former employees, the employer may be stuck dealing with an unenforceable agreement.

Further, the restriction on future employment must be necessary to protect the employer’s interests. For example, in Ellis, the Court narrowed a total prohibition on practicing medicine as the doctor’s subsequent employment was as an orthopedic specialist, while his former employer solely practiced general medicine. Accordingly, the two practices were not in competition with one another. See Ellis, 95 Nev. at 459, 596 P.2d at 224-25.

Golden Road’s all-or-nothing rule is especially problematic where an employer needs to enforce a pre-existing, unreasonable non-compete agreement against a competing former employee. Golden Road leaves the employer little in the way of argument in favor of enforcement, including: (1) if applicable, a severability clause that might allow the agreement to be edited; (2) if the offending term is ambiguous, it might be open to reformation (with the caveat that ambiguous terms are usually construed against the drafter); and, arguably, (3) Golden Road should not be applied retroactively to preclude the blue penciling of non-compete agreements that predated the decision.

The last option is admittedly a “Hail Mary” argument, but support for the argument is found within the Golden Road opinion. A judicial decision potentially applies prospectively if it establishes a new principle in law—either by overruling clear past precedent on which litigants may have relied or by deciding an issue of first impression whose resolution was not clearly foreshadowed. In this regard, the dissent in Golden Road noted that the Court had previously engaged in judicially modifying preliminary injunctions (enforcing non-compete agreements) to make restrictions on the employee reasonable. See 376 P.3d at 165. And, even the majority approvingly cited a treatise that suggested that courts in Nevada had the discretion to modify or blue pencil the terms in a non-compete agreement. See id. at 159 n. 10. Accordingly, it can be argued that Golden Road decided an issue of first impression whose resolution was not clearly foreshadowed. This argument presents an uphill battle, however, as the majority emphasized that it has “long refrained from reforming or ‘blue penciling’ private parties’ contracts”—indicating that the Court was not establishing any new principle in law. Id. at 156.

Joshua H. Reisman, Esq. is a member and founder of Reisman Sorokac. He concentrates his practice in state and federal courts, administrative agencies, and private mediations and arbitrations, focusing on complex commercial litigation. He manages the firm’s litigation efforts from inception through trial, post-judgment, and appeal.

Glenn M. Machado, Esq. concentrates his practice in the areas of commercial litigation and professional responsibility. For over ten years, Mr. Machado was an Assistant Bar Counsel for the State Bar of Nevada, where he handled all aspects of the attorney-discipline process and wrote numerous articles for Nevada Lawyer.

This article was originally published in the in Communiqué, the official publication of the Clark County Bar Association. (March 2017).”  Please include a hyperlink back to your article to the issue page at https://www.clarkcountybar.org/communique/march-2017/.

New Procedures for the Ninth Circuit in 2013 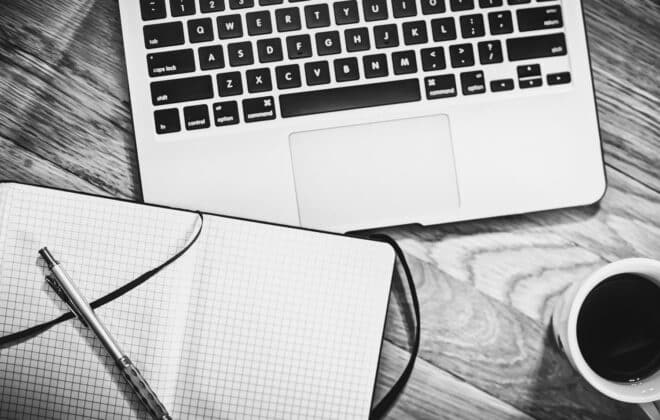